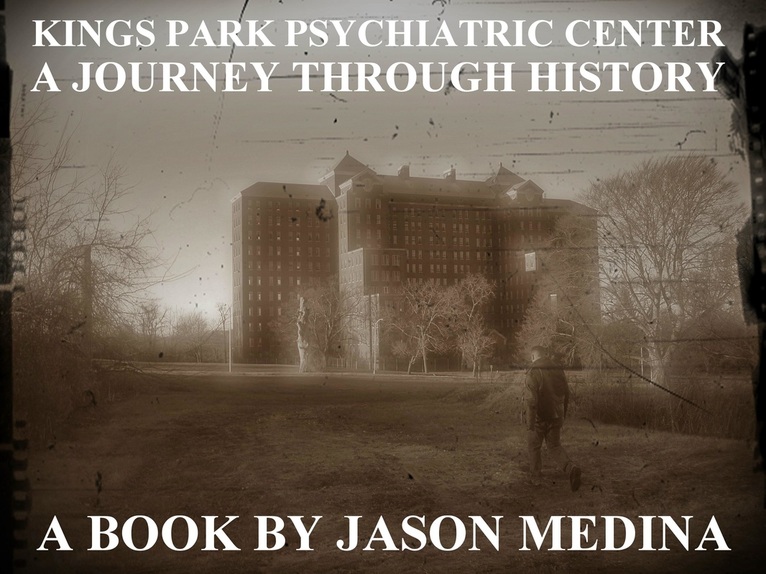 The tentative cover for "KPPC: A Journey Through History" with me walking towards Building 93.

KPPC: A Journey Through History, Vol.1-3

I originally began researching the Kings Park Psychiatric Center (or KPPC) in 2007 because I believed it might have been haunted and I wanted to know all I could about it before going there to do an investigation with my team, Yonkers Ghost Investigators. Over the course of my research and multiple visits to the grounds and its buildings, I developed a great fascination and respect for the KPPC and its history.

In 2008 I decided to use the setting of the abandoned hospital for a short story, "A Forgotten Man in a Forgotten Land" because I wanted to write about the hospital and use the historical knowledge I acquired during my early research. While working on the story, I realized I needed to know more details about the buildings and patient life. I did not know half as much as I originally believed. I required more thorough research, so I went to the Kings Park Heritage Museum at the R.J.O. Intermediate School in Kings Park. I scoured the Internet, library, and searched books for whatever I could find.

I met with the museum director, Leo Ostebo, who sent me to speak with very helpful people. I met with local historian and photographer, King Pedlar, and Steve Weber, a well-respected person of Kings Park. Both were former employees of the hospital. On the museum's website blog I made connections with other former employees, Barry Charletta and Paul Kelly (RIP). I did research at the Smithtown Libraries at Kings Park, Commack, and the main branch at Smithtown. I also went to the Smithtown Building Planning Department, where David Flynn and his co-workers were extremely helpful to me by showing me aerial photography dating from 1931-2011. Throughout my research for this project, I made contact with others who, like myself, had a fascination for lure of the abandoned hospital. There was Sean Hopkins, Sean Hardy, Chris Marshall, Bob Saal, John Leita, and Ray Staten, who all had websites or blogs affiliated with the KPPC. Each gave me permission to use their work in this book, for which I am grateful.

As time went by, I was finally contacted by former patients and people, who all had stories to tell about the hospital. For that I am extremely grateful because it gives me the chance to tell the stories that others want forgotten. I have tried to be fair, while being honest. I have shown many points of view on the hospital and patient care. A few rules had to be broken to do this properly and for that I apologize, but the end result will be well worth the sacrifices to be able to tell the stories behind the KPPC and its journey through history, as well as my journey through the whole process.

This book will not only have the full history of the hospital and its many buildings, but it will also have stories as told by former workers, patients, family members of workers and patients, urban explorers, and other visitors. In addition, I have included a great deal of photography from the past and present, detailed maps, a thorough historical timeline, a full building chart, actual patient files recovered from the buildings, and even the results of my paranormal investigations.

Much of my research was made possible thanks to my wife, Jo-Ann, who helped out as my research assistant. Where I failed to find information, she was great at digging it up through another source. I also received help from so many others, who I will acknowledge in my book. Some of my team members especially put themselves at risk by joining me to explore the decaying abandoned buildings, dark and damp asbestos-filled tunnels, and isolated cemeteries. I am very grateful to the efforts of the late Peter Hildenbrand and Leo Polaski for their fine work in photography and historic information, as well as the time and efforts of Gil Harris (RIP), Lucy Winer, Mark Mathosian, Stacey Altherr, Max T. Neukirch, Jr., and so many more. I suppose I should also thank Pink Floyd because listening to "The Wall" and "Dark Side of the Moon" was very inspirational, as I wrote, and drove to the grounds.

Check out my alternate website for more information, photos, and videos: http://kppcajourneythroughhistory.webs.com/
However, be aware, the link is to my old website, which I really do not update anymore, since I am using this one, instead.

NOTE: Due to the excessive amount of photos and written pages, this book has been divided into 3 volumes! 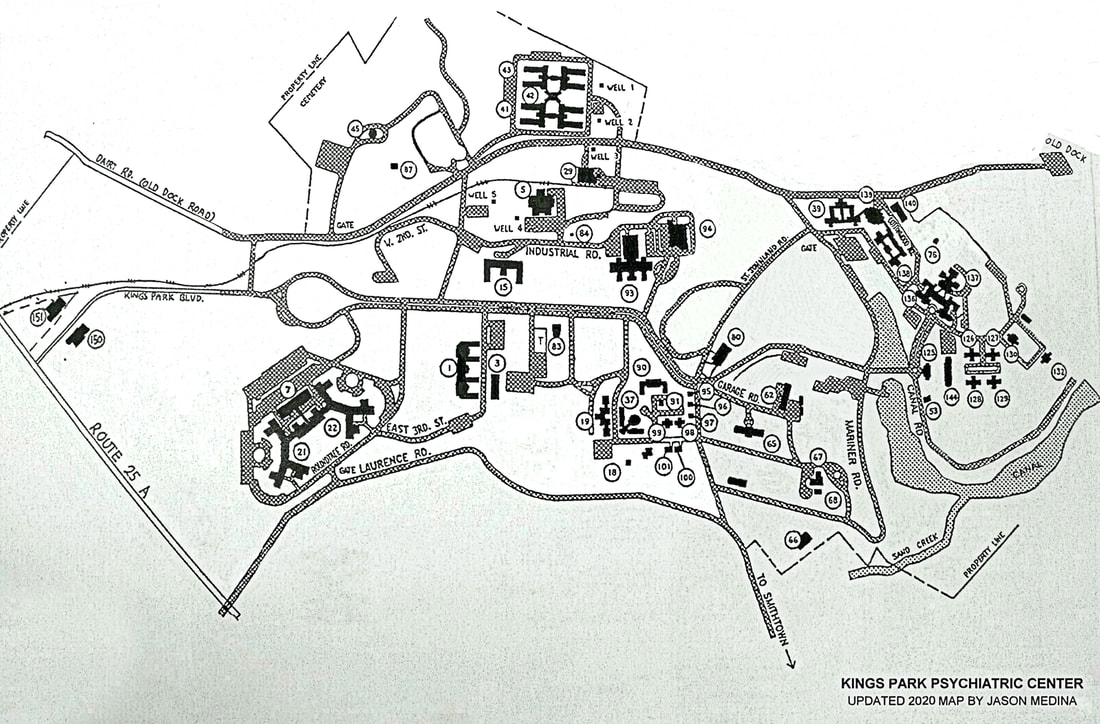 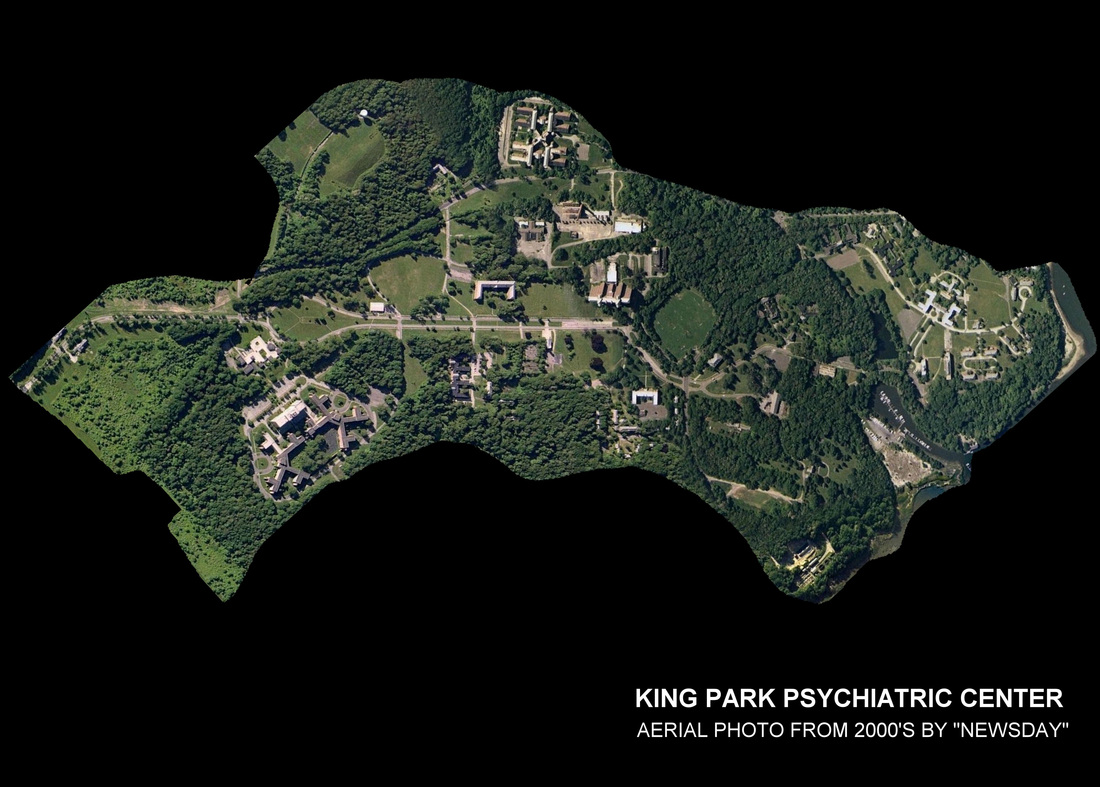 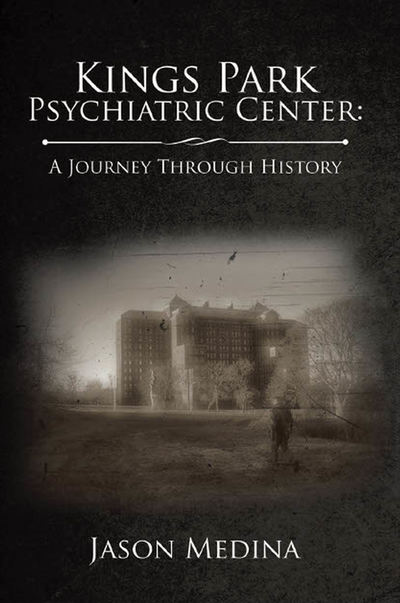 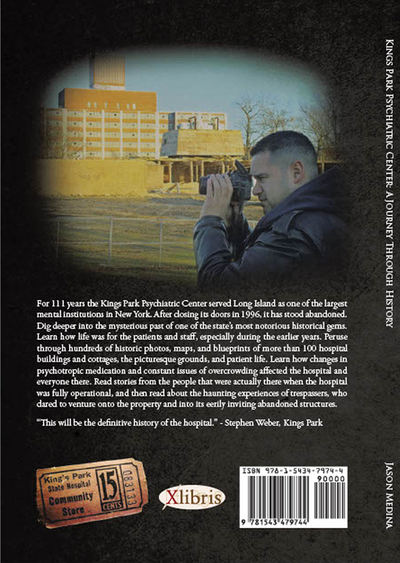 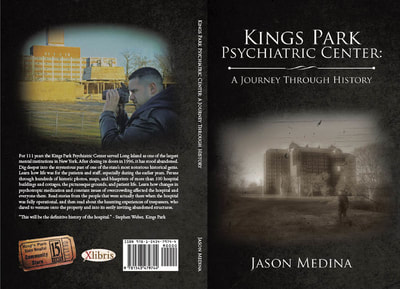 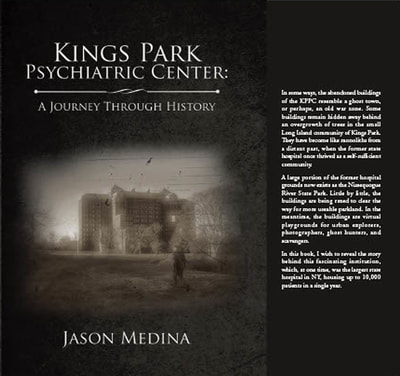 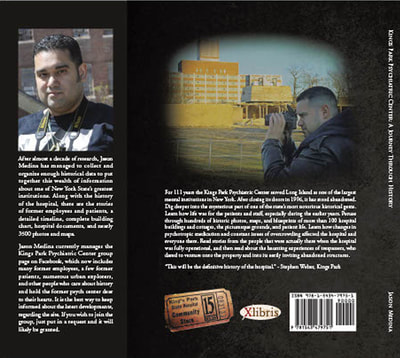 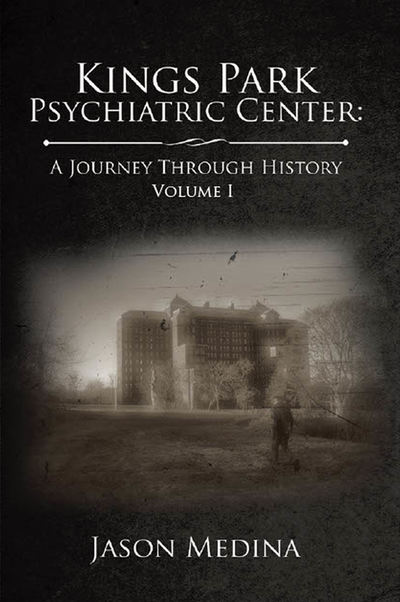 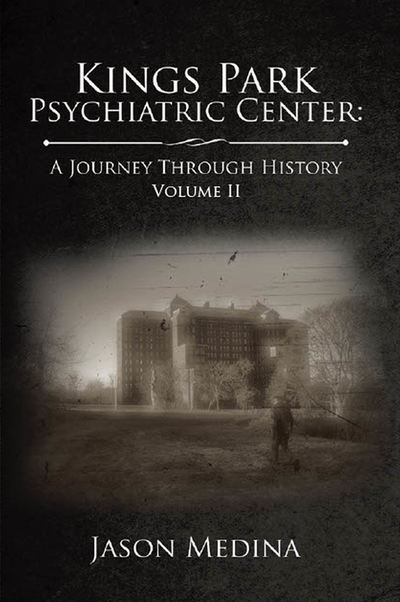 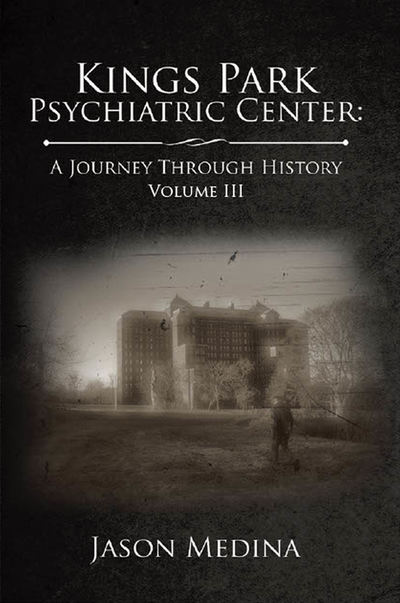 Artwork Created for the Book 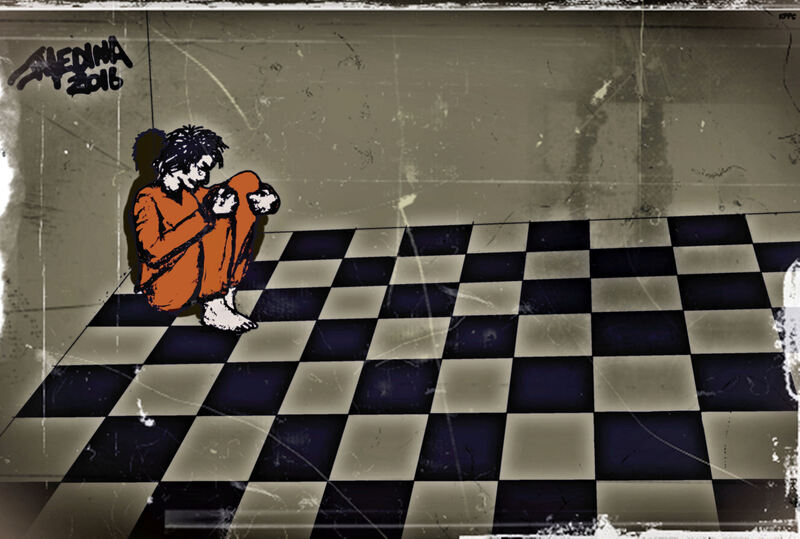 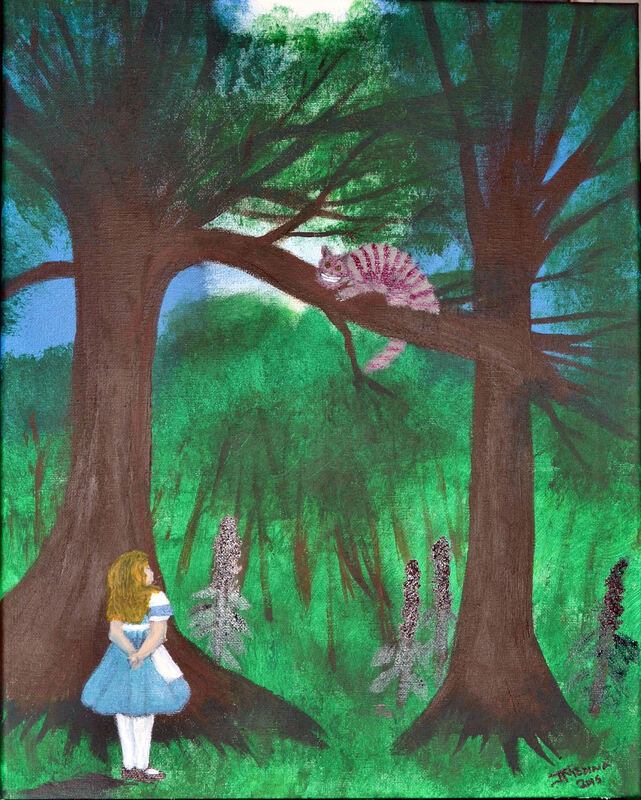 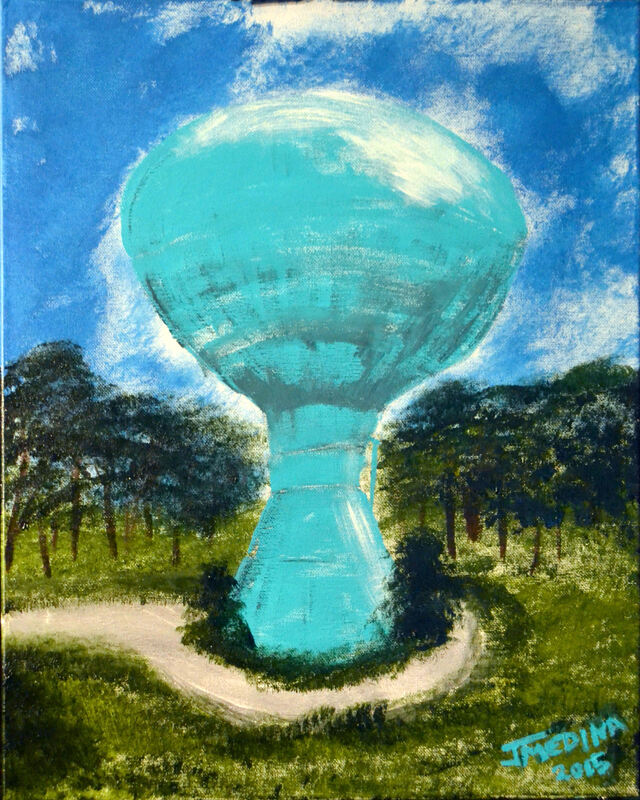 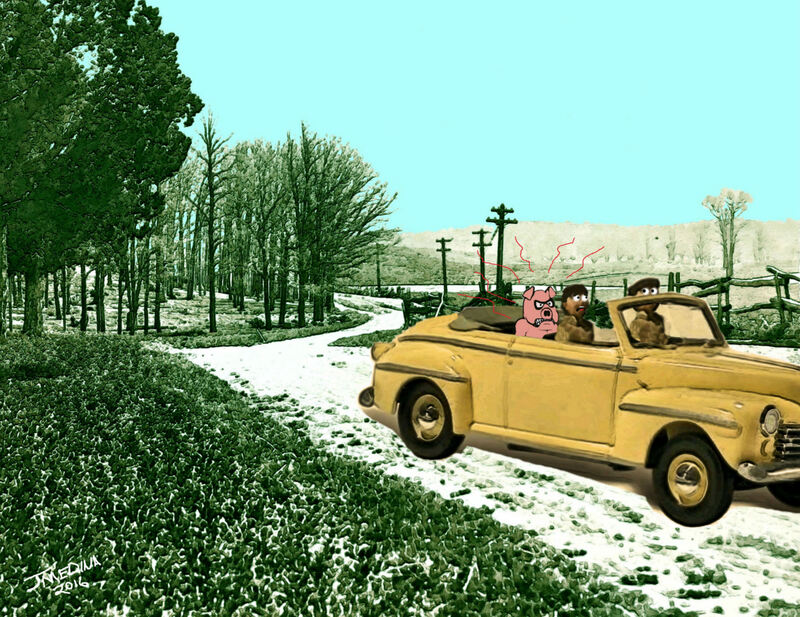 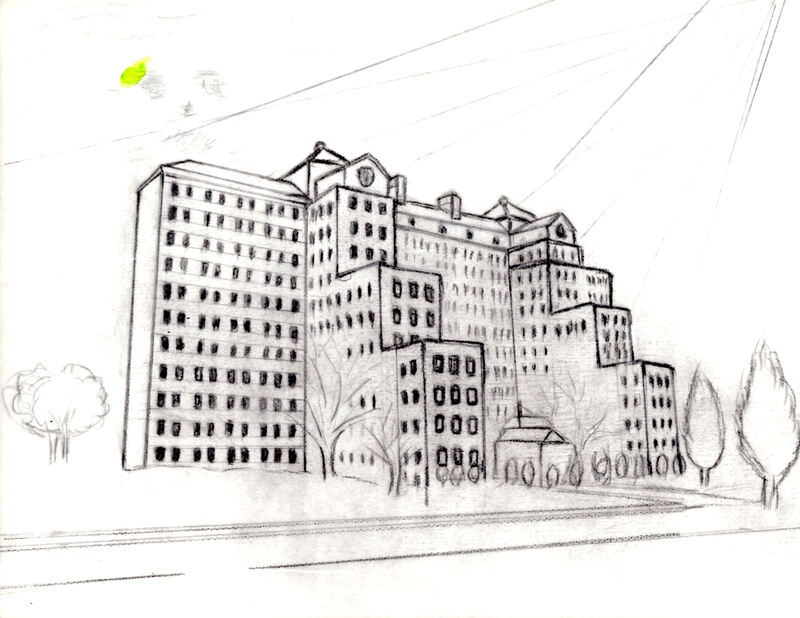 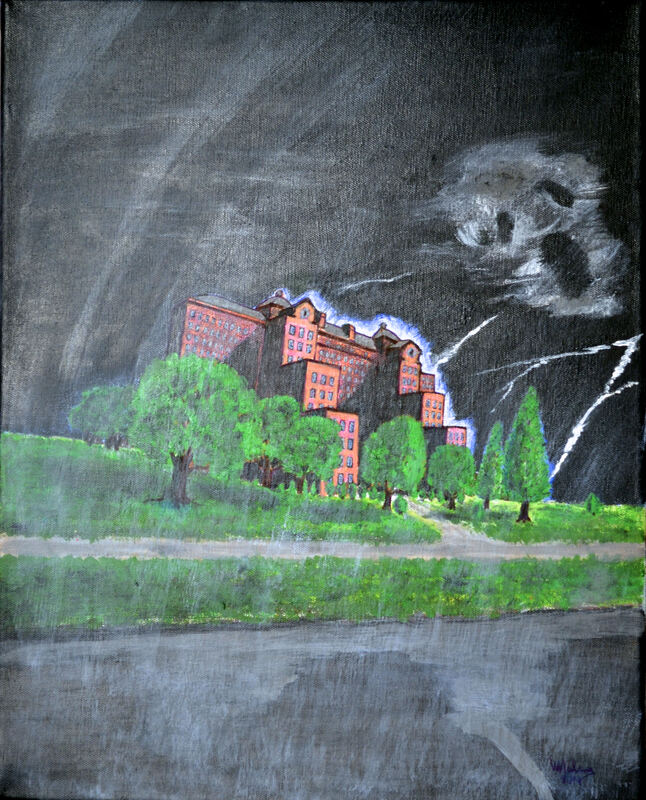 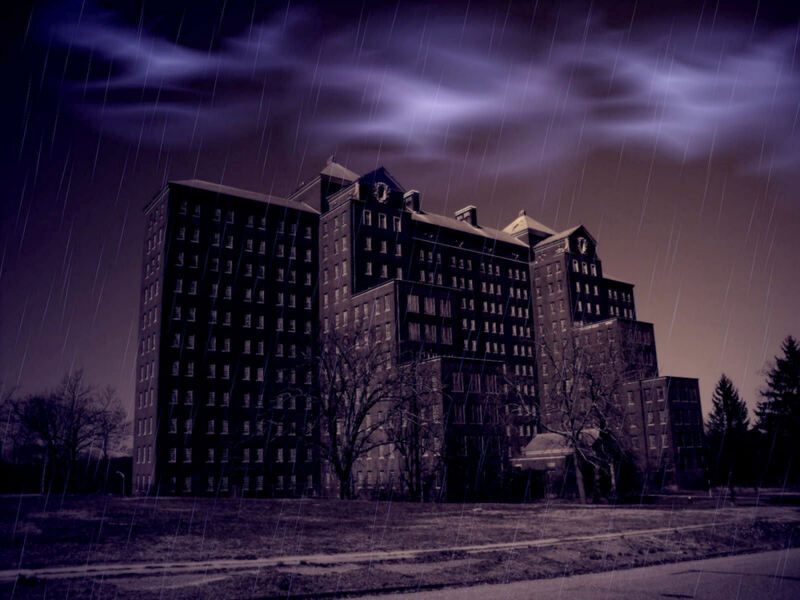 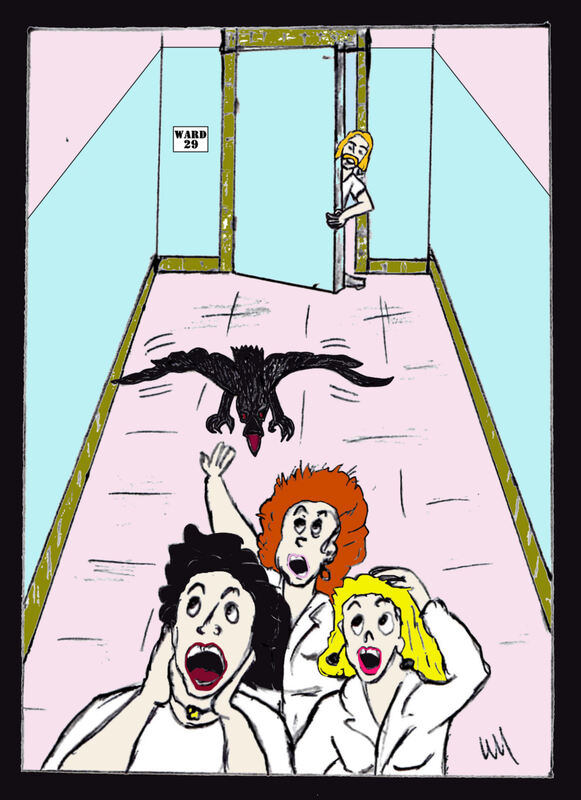 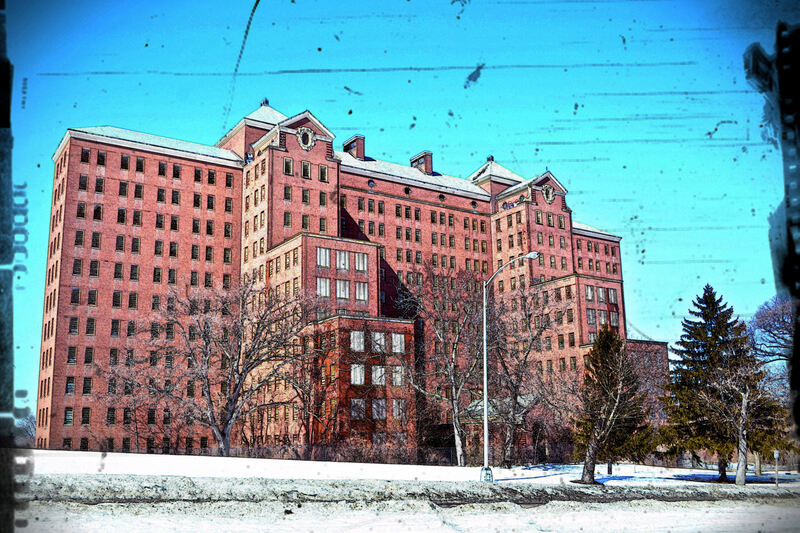 And the Coolest Fan Award Goes to... Sarah Rose! 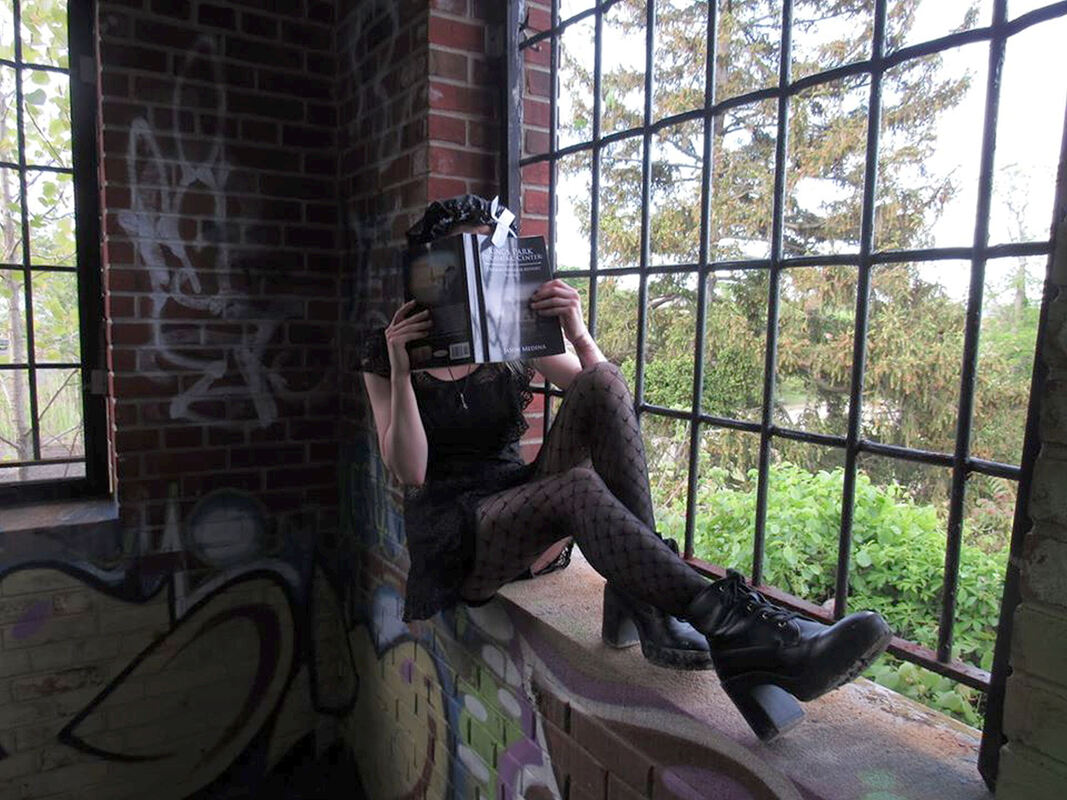 This is by far my favorite photo of this book courtesy of Sarah Rose showing her reading my book at the Kings Park Psychiatric Center.
SEE MORE PHOTOS OF THE KPPC BUILDINGS & BUILDING GROUPS...