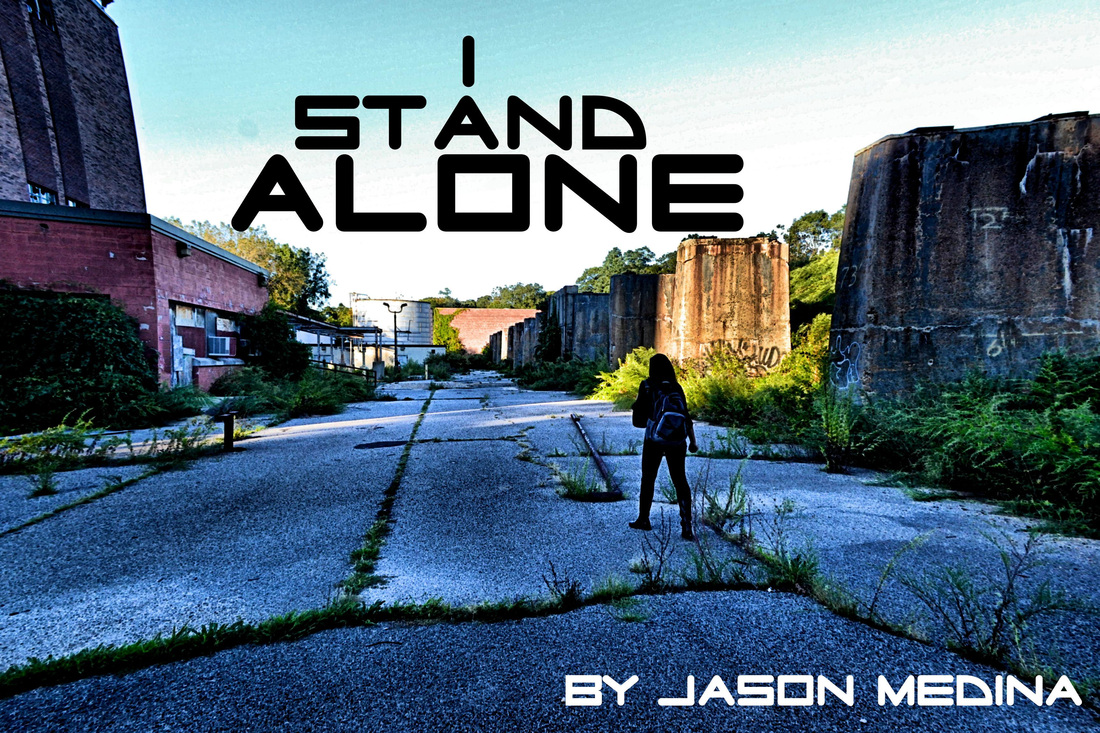 I Stand Alone by Jason Medina with a special thanks to Jo-Ann Santos for her portrayal as Alarra.

After so many false predictions of the end of the world, an enormous Earthquake dubbed the "Big One" has struck the planet and in its wake, it has caused massive tidal waves and the "Great Floods." The devastation from this disaster was so epic that it forever changed the landscape of the planet, killing billions of people, in the process. The few scattered remaining survivors have come to remember the culmination of these events as the "Great Apocalyptic Event."

Almost 30 years have gone by, as deadly Barbaric Nomads now roam the destroyed ruins of the abandoned cities during the daylight. However, when the sun goes down even they hide from the mysterious aerial hunters of the night, who threaten to snatch them up and take them away.

It seems like the last civilized person on Earth in this distant post-apocalyptic future is a none other than a young girl named Alarra, but can she survive on her own, not fully aware of the dangers that threaten her very existence?

In the photos below, I've actually used photos of my girlfriend, Jo-Ann, walking around at the Kings Park Psychiatric Center and down in the basement of the Shanley Hotel.

Alarra's name was originally Larrah, but I changed it in October of 2013 because I didn't want her to be compared to Lara Croft of the "Tomb Raider" franchise. Besides, for some reason the name Alarra rolled off the tongue easier. 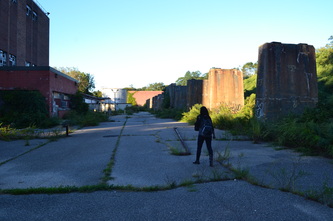 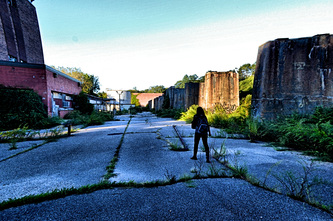 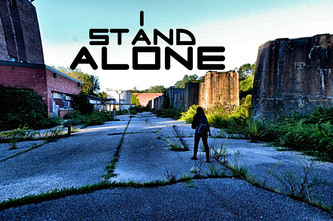 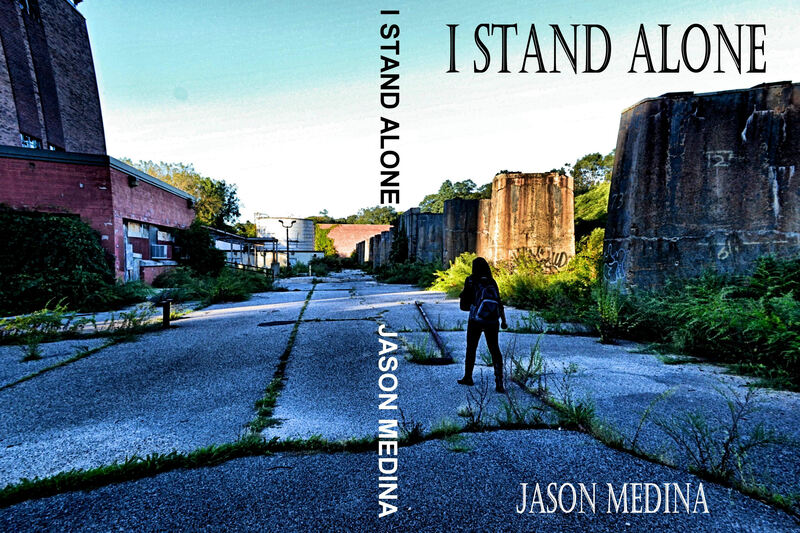 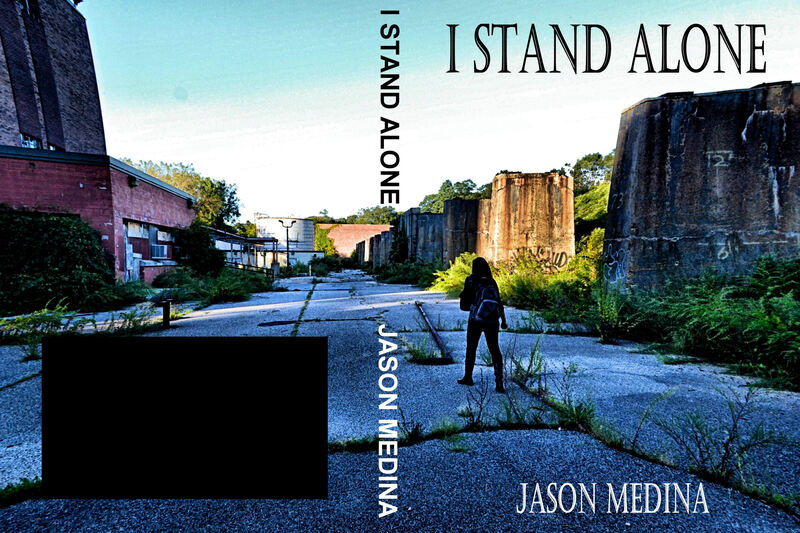 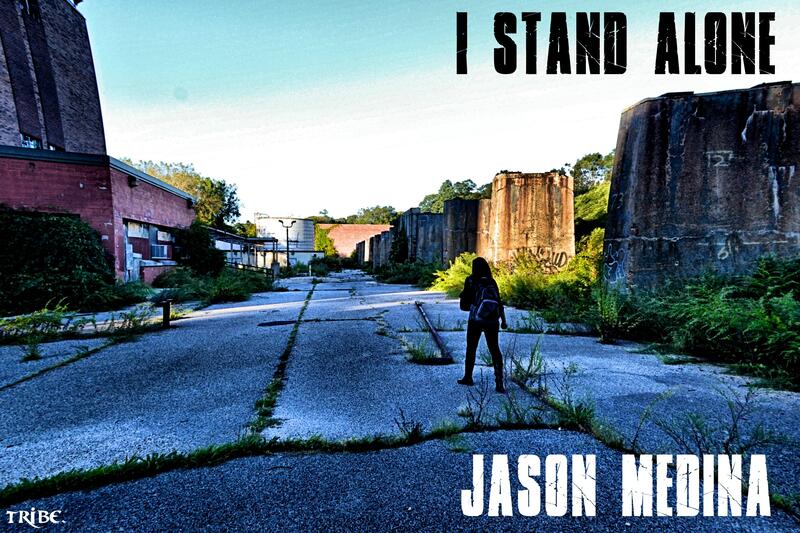 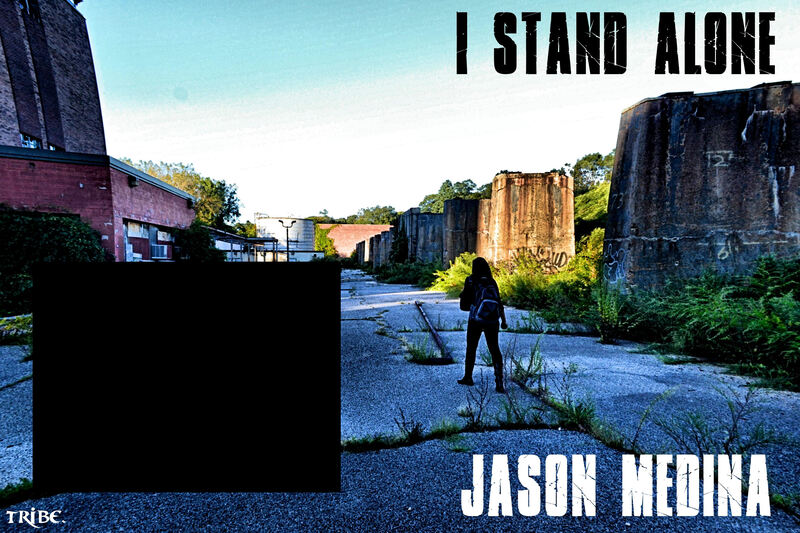 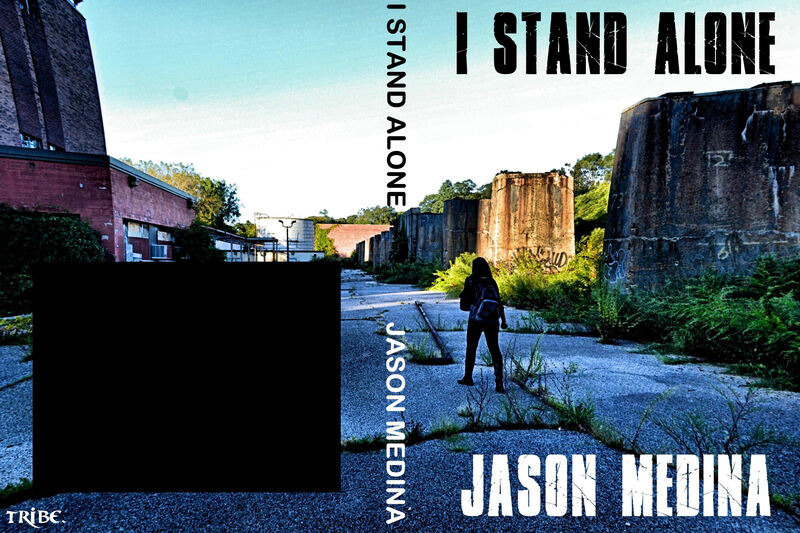 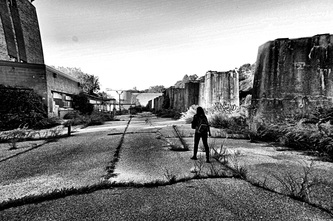 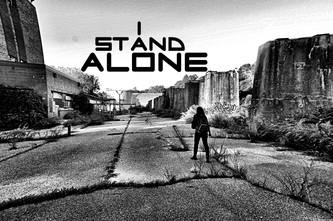 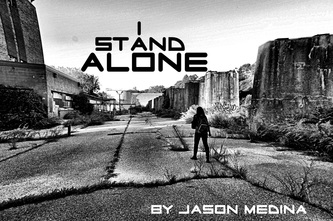 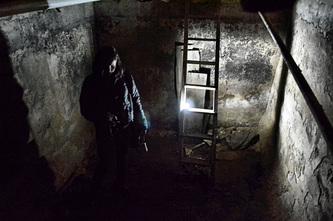 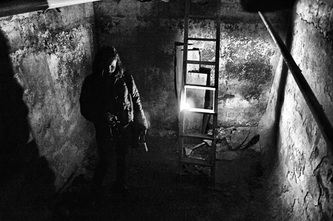 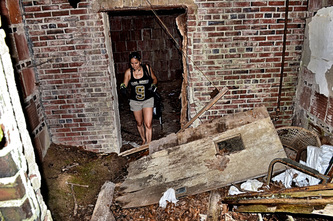 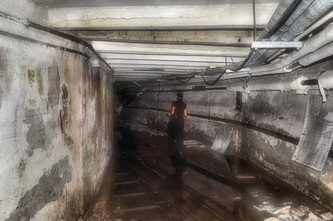